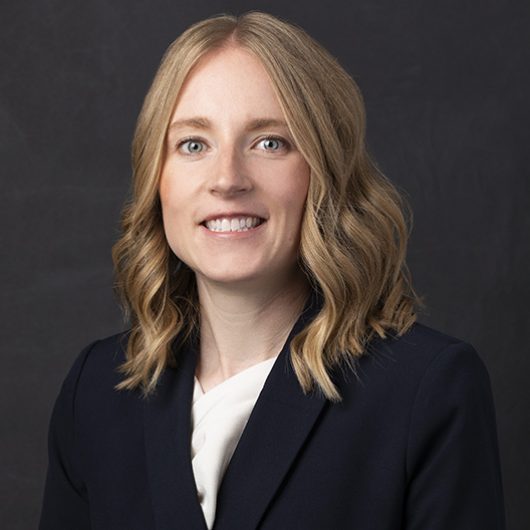 Kelly Hill Wilson has a unique perspective and valuable insights regarding the ins and outs of state and federal court.  It comes from her work at JLC, the years she spent as a judicial clerk, and the variety of experiences she engaged in as a law student.

While at JLC, Kelly has represented clients in a variety of state, federal, and administrative matters.  Kelly has first-chaired several bench trials, argued motions for summary judgment, negotiated settlements, and taken and defended depositions.  Kelly is efficient, thorough, and detail-oriented, and understands the importance of being an effective advocate at all stages of the litigation process.  These skills allow Kelly to effectively manage her cases and ascertain the best strategy to succeed for her clients.

Prior to working for JLC, Kelly completed a two-year clerkship for United States Magistrate Judge Nancy K. Johnson in the Southern District of Texas in Houston, where she analyzed motions, drafted opinions, and conducted research on a wide range of legal issues.  Kelly was able to learn the ins and outs of federal court and procedure, which she applies to her law practice today.  During her time at UT Law, Kelly worked for federal and state governmental agencies and completed judicial internships at the state and federal level.  She also participated in the Legislative Lawyering and Entrepreneurship and Community Development clinics, where she helped counsel clients on a wide array of business, finance, and policy issues.  Kelly was published in and an editorial board member of the Texas International Law Journal, recognizing her passion for writing as well as her tenacious researching skills.  Both of those attributes have found a welcoming home at Jordan, Lynch & Cancienne.

Kelly has also engaged in pro bono work in immigration and housing.  When not practicing law, Kelly is involved in various arts organizations in Houston, including serving on the board of the Catastrophic Theatre.