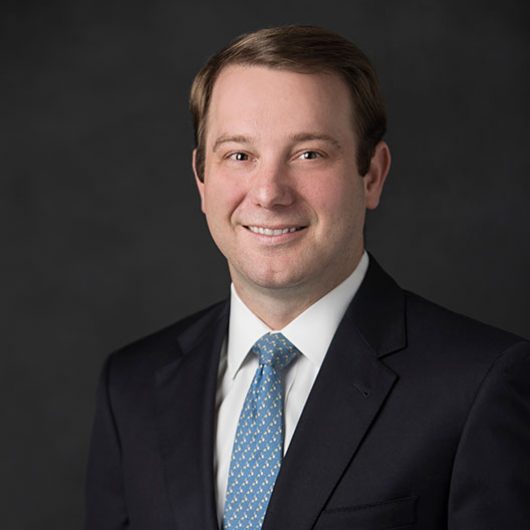 Michael Cancienne is drawn by challenges and driven to win. His courtroom success is the result of two simple but powerful actions: listening and preparation.

Those skills have enabled him to prevail in a range of commercial matters across various jurisdictions including state and federal courts, regulatory bodies, and within alternative dispute resolution settings. Representing both plaintiffs and defendants, Michael enjoys all aspects of trial work, from factual investigation through trial. He maintains a broad practice, but focuses on commercial, construction, and insurance matters.

Clients find that by involving Michael in their case early on, he is able to add value at every stage of a dispute. This approach can often lead to resolution before the dispute goes into litigation, saving his clients time, money and resources. Becoming involved early also helps Michael build strong relationships with his clients, focusing his counsel on what is most important to them.

If a case does go to trial, Michael’s courtroom experience gives him a distinct advantage. Always thoroughly prepared, he has learned what to look for over the years, anticipating outcomes and crafting strategic, pre-emptive responses.

Michael’s collaborative approach with clients is rooted in the firm’s client-centered ethos. He and his colleagues seamlessly lend their skills and knowledge to each other’s cases whenever they think it will help. Their common goal is solving problems, effectively and efficiently.

Law clerk to the Honorable Frank J. Polozola of the United States District Court for the Middle District of Louisiana

Michael’s professional success has been recognized by his peers and he his clients. His honors and awards include:

Named a 500 Leading Litigator in America by Lawdragon, 2023

In addition to his career, Michael provides pro-bono legal services for causes he is passionate about, contested family law disputes and immigration cases. Repeatedly recognized for his pro-bono efforts, Michael previously served on the board of the Houston Volunteer Lawyers Programs, a non-profit service of the Houston Bar Association that arranges for free legal services to low-income people in the Harris County area.